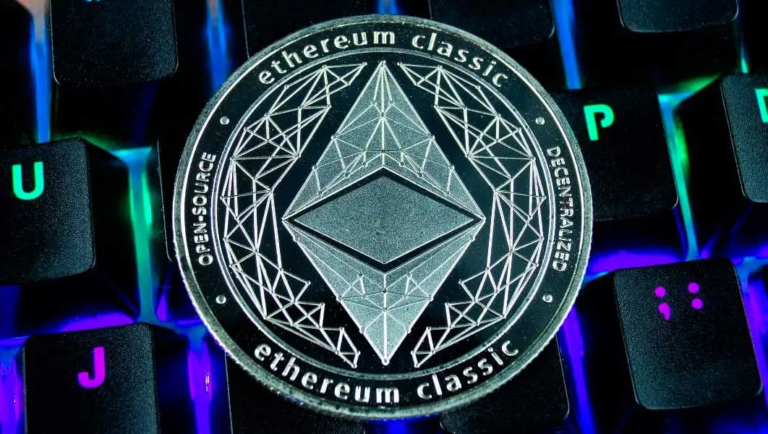 The Ethereum platform emerged in 2015. The developer of the project was Vitalik Buterin, who was able to gather a team of professionals. The main idea of the new ecosystem was to use smart contracts.

Many investors and crypto anarchists saw in it the future of the global financial system. Large amounts of money were raised for the project, resulting in the emergence of The DAO, an independent fund (it was developed on the Ethereum platform).

The DAO cryptocurrency was issued to enable decentralization, but there was initially a vulnerability in its software code.

Many experts warned about the imperfection of the Ethereum blockchain network, but the remarks were simply ignored. As a result, hackers cracked the software code of the DAO, stealing $50 million.

The hackers didn’t manage to use the withdrawn funds because the wallet, where the stolen money was kept, was blocked. The precedent collapsed DAO and ETH quotes, but most importantly, it led to a split in the Ethereum community.

Vitalik Buterin’s team rewrote the source code from the 1920000 block, which allowed most investors to get their funds back. There was a restart of the network, and this did not please many supporters of the idea of decentralization.

The fighters for independence decided to leave the source code unchanged. The inspiration for the new project, called Ethereum Classic, was Charles Hoskinson and Gavin Wood. The new coin immediately “registered” on major cryptocurrency exchanges after its release.

Its quotes gradually grew, following the older brother Ethereum, and the coin became much easier to mine. Trouble began in late 2019, when hackers performed a 51% attack. For several days, the Ethereum Classic network was on the brink of extinction, but managed to survive.

Today, its prospects are extremely dim because the source code is vulnerable and digital assets have low protection against stealing.

Beginners and users who don’t like to bother with settings and complicated functions, most often choose online wallets, which include Ethereum Web Wallet.

It is as reliable as most hyped software wallets, but in turn does not require installation of additional programs, and is available immediately in the browser.

ETC mining method is similar to the one for ETH. Classical Ether mining is organized using the computing power of graphics card farms.

It is much simpler and faster than the blockchain of its “big brother” Ethereum. In order to engage in ETC mining yourself, you will need to perform several actions:

The efficiency of ETC mining is also influenced by the computing performance of the equipment, stability of internet connection, and effective cooling of the farm.

Experts have calculated that if the capacity is less than 2 Gh/s, then it is advisable to join one of the pools. The most popular of them are 2miners, Hiveon, Epool. Their commissions range from 0.2 to 1%.

After the hacker attacks of 2019-2020, the number of pools mining ETC is gradually decreasing as the coin’s quotes have fallen significantly.

The digital asset is based on ERC-20, so it allows ETC holders to participate in DeFi and NFT services. Among the available options are trading and borrowing WETC.

Ethereum Classic Labs founder James Wu noted that the main purpose of creating the new token was to expand the scope of ETC. According to the specialist, more than 10% of Ethereum Classic owners will surely want to participate in interesting DeFi and NFT projects.

The new “wrapper” is intended to restore the reputation of the classic ether, which suffered after the unfortunate 51% attack.There are already several DeFi and NFT projects in the Ethereum Classic ecosystem. DEX is a case in point, along with several speculative coins.

Experts believe that Ethereum Classic is more suited to the idea of decentralized finance, as it is a more stable platform, while the future of ETH after the transition to PoS remains unclear, which scares away potential investors.

Ethereum Classic Explorer: What Is It?

The ETC Blockchain Explorer controller is a kind of web browser for the classical ether ecosystem. While Google plays the role of a search engine on the Internet, the cryptocurrency world entrusts these functions to the blockchain explorer.

Information about any change in the blockchain is located in the subsequent block by checking nodes. The original idea is that the function of information processing is entrusted to full nodes. Subsequently, the ways of protecting the ETC network have been modernized.

Each new cryptocurrency transaction is registered in the blockchain. Users of the ecosystem have the ability to view the completed transfers, while the personal data of the wallet owner remains confidential.

The ETC Blockchain Explorer controller allows to see transaction data. Thanks to the service different information is available, for example:

If you have an ETC wallet number, Blockchain Explorer allows you to find out the balance, the number of transactions performed (along with the amount of funds transferred), the amounts passed through the “vault”. The controller gives full information about any block in the network, hence it is possible to trace statistical data on each transaction.

Cranes are an easy way to get ETC cryptocurrency without any initial investment. The only prerequisite would be to register a Faucet e-wallet, since most services withdraw their earnings to it. The list of resources that accrue Classic Ether to users include:

The number of ETC cranes has decreased significantly since 2019. This is due to the damaged reputation of the cryptocurrency and the gradual decrease in its value. Other digital assets are more popular, so users are more willing to perform various tasks (enter captcha, fill out questionnaires, watch commercials, etc.).

Today, Ethereum Classic has dozens of projects. Most of them are run by small companies or enthusiastic programmers. However, there are several large-scale projects with good prospects for development and attracting investors. This list includes:

The number of projects on the Ethereum Classic platform will depend on the reliability of the ecosystem and its ability to withstand hacking attacks. At this point, the “older sibling” is more popular with investors and consequently, it accumulates the lion’s share of promising projects.

Ethereum Classic cryptocurrency has a lot of advantages and disadvantages. Among the main advantages are decentralization of the network, open source code, a fixed number of coins (210.7 million).

The digital asset is supported by respected experts of the cryptocurrency world (Gavin Wood and Charles Hoskinson). However, investor confidence has been irrevocably lost after the 2019-2020 hacking attacks.

The overall capitalization of ETC dropped many times over, which led to a decline in the quotation of the digital asset.

Despite the fact that Ethereum Classic is one of the top 30 cryptocurrencies in the world, the prospects for its development are foggy. Everything depends on the developers’ ability to eliminate the network’s vulnerability, which they are not in a hurry to do yet.