How the Internet Has Changed the Gaming Industry 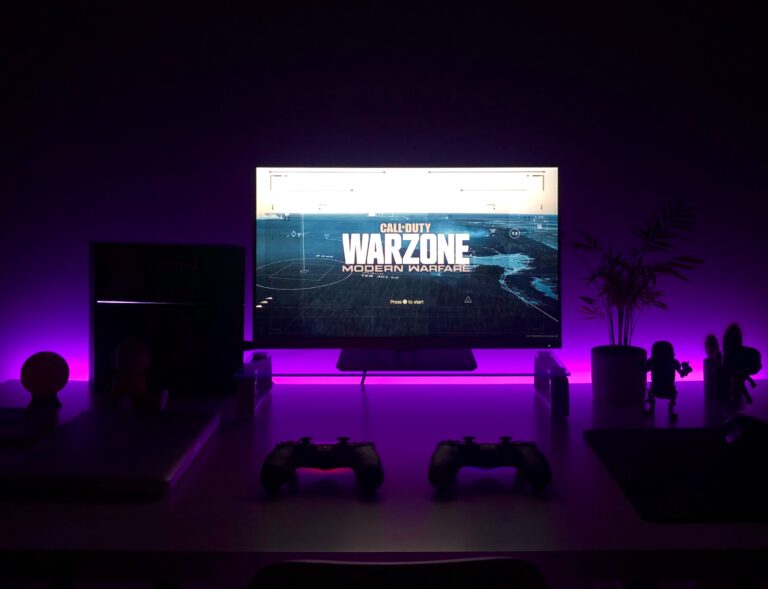 Video gaming may seem like a 21st-century hobby, but it’s much older than this. There is some dispute over what counts as the first video game, with 1962’s Spacewar! often taking the credit, though Tennis for Two had been released four years earlier.

Even that’s not the oldest though, many argue that it is actually OXO that is the oldest title ever made, providing players with a graphical interface to play tic-tac-toe on. It was created for the Electronic Delay Storage Automatic Calculator (EDSAC) computer in 1952 and had only single-player functionality.

Although these early examples were pioneers for the medium, they gained little traction outside of the computer enthusiast community.

It wasn’t until the late 1970s and early 1980s that gaming began to really take off, with consoles like the Atari 2600 and Nintendo Entertainment System helping to get people interested in playing games at home.

A lot changed in gaming in the years that followed. The hardware inside consoles and computers got more powerful, the titles themselves grew bigger and more complex, graphics became more realistic, real dialogue replaced 8-bit squarks with subtitles, and the storage devices used to distribute games changed from cartridges to discs.

But from the 1950s all the way to the early 2000s, one thing remained (more or less) static. The vast majority of games continued to be offline applications, enjoyed by people playing on their own. It wasn’t until several years into the 21st century that the internet began to find its way into gaming on any great scale.

But when it did, it completely changed the face of the scene, touching just about every element.

The most obvious way that the internet has changed gaming is by allowing people to play together over the internet.

It’s something that we take for granted today, but the only time multiplayer was usually possible before the internet was if multiple people got together in the same room to either take turns, use a split-screen, or physically connect multiple machines together.

Playing using a split-screen system was not ideal though. It meant that players could see what their opponent was doing, giving away their hiding spots or simply creating a distraction.

It also meant they had less screen real estate to view what was happening, something that was more of a problem in shooting games.

With the internet, multiplayer gaming is much easier, both from a logistical point of view and also from the perspective of actually being able to use the entire screen while you play.

Online multiplayer functionality has also helped to raise the standard of players around the world as they compete against other humans rather than the primitive AI that is used to control NPCs. Therefore, to be competitive in public online matches, players have had to raise their game.

Casino games go back much further into history that any video game. While OXO and Spacewar! were released in the mid-20th century, card games like blackjack and table games like roulette have histories that go back several centuries.

But for most of their existence, these casino classics were played in person by people visiting a physical gaming establishment.

Of course, card games were available on computers before the internet became widespread but early examples like Microsoft Solitaire were single-player experiences and didn’t replicate the full casino experience.

The rise of the internet and the passing of Antigua and Barbuda’s Free Trade and Processing Zone Act allowed this to change.

The first online casinos began operating in the late 1990s, though they didn’t take off in the US until quite recently. Today, sites such as OddsChecker operate in multiple American states, including New Jersey, West Virginia, and Pennsylvania, allowing players to enjoy card, table, and slot games from the comfort of their own homes through a computer, tablet, or smartphone.

Modern online casinos have used the internet to push the boundaries with innovative ideas too. Some create slot game tournaments that challenge players to achieve the highest score among the participants. Others use online streaming technology to create live games that create a more social experience where players see a human dealer through their screen.

The internet has helped to change the way video games are distributed, doing away with physical discs and sending the 1s and 0s through fiberoptic cables instead.

There are many benefits to this as it’s cheaper, faster, and better for the environment since no physical objects need to be manufactured and then shipped around the world.

However, there are more effects of digital distribution than just getting games into the hands of players faster and boosting the bottom line of publishers. It has created a seismic shift in game development and monetization.

Firstly, developers and publishers no longer have a hard deadline beyond which no new code can be written for a game. If work is being conducted beyond the date of release, these can be issued in updates that are also delivered digitally.

Back in the early 2000s, Driver 3 was widely criticized for being unfinished, buggy, and physically impossible to complete due to a glitch. Fixing this problem meant recalling discs and replacing them with new ones, an incredibly costly and disruptive affair.

Today, games like Cyberpunk 2077, that had a similarly disastrous launch, can be fixed with a series of patches and updates.

Beyond this, digital distribution has helped to extend the life of games. Titles like CS:GO, GTA V, and League of Legends are all near, or over, a decade old and continue to generate billions in revenue and be enjoyed by millions of players because they receive continual updates.

This has led to the widespread adoption of free-to-play games where players don’t need to pay for a game upfront as the publisher can usually generate more revenue by selling small in-game items and charging for subscriptions to their service.

Without the internet, none of these developments in gaming would have happened and we’d still be loading titles through shiny plastic circles and would likely be paying even more for AAA blockbusters than we do today.