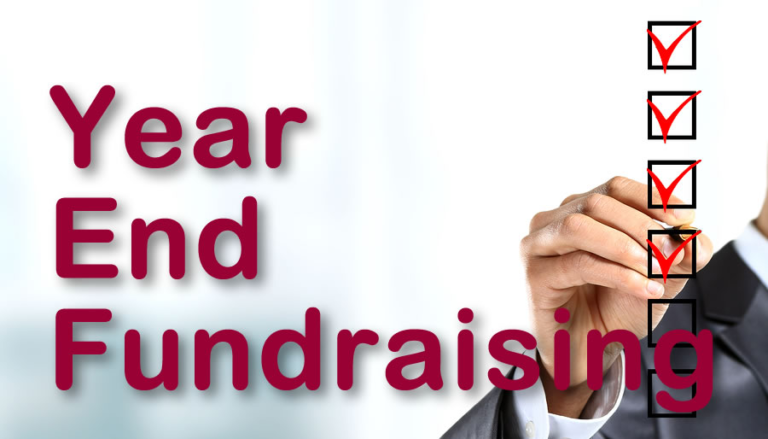 The importance of information is sometimes undermined when it comes to planning a year-end fundraising campaign.

It is not unlikely to see fundraisers leaning on what they have always known to run new campaigns.

But the truth is that those that have gotten something noteworthy from such fundraisers keep certain stats close to their fingertips.

Besides that, they also research some new trends to stay updated on the latest fundraising trends.

This article looks at some statistics associated with year-end fundraising campaigns.

It is hoped that you will dwell on some of these details as you perfect your strategy and final preparation. So, without further ado, we reel out eight (8) of these stats below:

Contents show
1) 1. ) December Sees About 31% Of Yearly Donations To Non-profits
2) 2.) Around 12% Of Yearly Donations Occur In The Last Three Days Of December
3) 3.) 46.2% And 30.8% Of Non-profits Send Out Their Year-End Fundraising Requests In November And December, Respectively
4) 4.) About 53.8% Of Non-Profit Organizations Commence The Planning For Year-End Fundraisers In October
5) 5.) Only One-Third Of Donors Do Some Research Before Making Donations
6) 6.) 79% Of Fundraising Campaign Volunteers Give To The Organization They Represent
7) 7.) 28% And 36% Of Non-profits, Respectively, Raise 26 – 50% And Below 10% Of Their Yearly Revenue Through Year-End Fundraisers
8) 8.) Direct Mail Is The Most Commonly Used Communication For Making Year-End Fundraising Request
9) Final Thoughts

1. ) December Sees About 31% Of Yearly Donations To Non-profits

The end of the year – December, in particular – is a period many people commit to donating to charity.

The fact that the month sees nearly a third of all the donations that occur in a year should give you a better insight.

You should understand how profitable it would be to have a fundraising campaign within this period going by this stat.

2.) Around 12% Of Yearly Donations Occur In The Last Three Days Of December

December is indeed a busy month for fundraisers, and you do not have to take your foot off the gas until the last moments.

There seems to be a rush over the last (three) days, with many donors looking to close the year on a giving note.

And if givers are never in scarce supply, why should your non-profit take a backseat?

As such, running a series of fundraising events should be decisively engaged during the period.

3.) 46.2% And 30.8% Of Non-profits Send Out Their Year-End Fundraising Requests In November And December, Respectively

The last month of the year may see the highest annual donations, but that doesn’t mean you should leave connecting with donors late.

This is why most fundraisers are usually focused on sending out their fundraising requests as early as November.

Such an act will help prepare the minds of prospective donors and even give room for recurring donations – through the year-end campaign.

4.) About 53.8% Of Non-Profit Organizations Commence The Planning For Year-End Fundraisers In October

Early planning helps you gain some momentum going into the year-end fundraising campaign.

This explains why more than a considerable number of non-profits start planning in October – some even do it earlier.

So, you should take some time out to strategize and have your plans clearly spelled out.

You should also be mindful of how you will communicate your goals to prospective donors in a simple way while planning.

5.) Only One-Third Of Donors Do Some Research Before Making Donations

It is reported that only a third of those who give, do some prior research.

This means that most donors may not really be bent on knowing about a fundraising campaign before giving. You should consider tackling this in two ways.

First, you must ensure that you create an appealing story around your fundraising campaign and provide guidelines on how giving can be done.

Secondly, you should maximize the opportunity presented with the peer-to-peer fundraising model – this is hinged on networking.

Again, you should request that your donors tell their close associates about your year-end campaign.

6.) 79% Of Fundraising Campaign Volunteers Give To The Organization They Represent

You should never underestimate the impact volunteers can have on your year-end fundraising campaign.

More often than not, volunteers go beyond just giving their skills and time as they also contribute financially to the cause.

Therefore, you should learn to keep them close and create an avenue for them to conveniently donate to the cause.

Summarily, you should take care to maintain a thriving relationship with volunteers – and also welcome feedback from them.

Some fundraisers have realized as much as 50% of their annual revenue through a year-end campaign. It’s no wonder this round of giving is often anticipated with great enthusiasm.

But then, going by the stats provided above, it is evident that only a few non-profits are able to pull off such a feat.

More so, the results obtained from a year-end fundraising campaign vary from one non-profit to another.

From the statistics, you should understand that the year-end campaign is quite competitive. Hence, any non-profit wishing to leave a mark must learn to stand out.

You need to invest time and effort into planning and creating comprehensive branding communication.

Also, you should not forget to leverage your existing donor list to kick off your year-end fundraising campaign this season.

For better efficiency, consider connecting with a top fundraising platform to help you manage events.

With all this in place, you can begin to set your gaze on the top 28% earners from year-end fundraising campaigns.

8.) Direct Mail Is The Most Commonly Used Communication For Making Year-End Fundraising Request

You don’t have to neglect conventional means of promotional communication just because of the thrill that comes with the use of new media.

And the fact that direct mail remains the most widely used for year-end fundraising communications should paint a clear picture of this. Other mediums like emails, websites, and so on come after it.

This may not be unconnected to the fact that most non-profits tend to reach out to local companies – and even individuals – to solicit funds during this season.

So, you should learn how to effectively use direct mail to your advantage as the year-end giving season gradually approaches.

These stats will help you make informed decisions as you plan towards your year-end fundraising campaign.

You won’t get to expend resources and energy on unrewarding activities as you go along with these stats.

Ultimately, a data-driven year-end fundraising campaign can be of great advantage to your charitable project or non-profit on the whole.

Plus, it can inspire record-keeping tendencies that can be valuable for future fundraising campaigns.