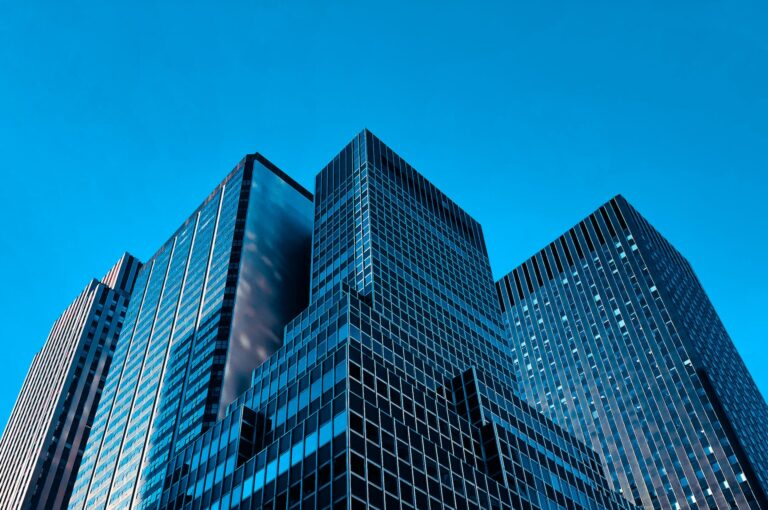 We suggest that you familiarize yourself with the list of the top five largest companies in the world in 2022, according to The Global 2000 rating, updated at the end of spring 2022. Overall, it includes companies from 58 countries, 590 of which are registered in the USA.

Berkshire Hathaway is a US company controlled by Warren Buffett. As a large company, it has roots in the early US textile industry. Berkshire Hathaway’s most recognizable brands are Dairy Queen, Fruit of the Loom, Duracell, Pampered Chef, GEICO, and BNSF Railway.

Competent management and a conservative strategy have been bringing the company an average annual increase in book value of more than 20% for 50 years.

Its activities are not limited to investments. The company also deals with insurance. At the initial stage, it carried out only buying stock exchange shares, afterwards it started acquiring entire companies.

The company was founded in 1888. At first it was financially unstable. However, throughout its history, the firm has pursued a strategy of investing or owning businesses in a wide variety of fields (insurance, utilities, railroads).

The founder of the company is considered one of the most successful investors in the global market.

ICBC is one of China’s Big Four state-owned financial institutions. ICBC was founded in 1984 as a limited liability company. It is located in Beijing. In 2006, ICBC became the first major company to be listed simultaneously on the Hong Kong and Shanghai stock exchanges. At that time, it was the largest IPO in the world, valued at $21.9 billion.

It also provides treasury services, working with securities and currency exchange. The company is headquartered in Beijing. In 2008, it received permission to open a branch in New York. It was the second bank that managed to do this since 1991.

Saudi Arabian Oil Co is a state-owned energy and chemical company. It carries out the exploration, production, and processing of crude oil and natural gas. Saudi Aramco fully owns domestic refineries and has a stake in joint ventures with international partners.

The company was founded by the government of Saudi Arabia and private business in 1933. Over time, it has been completely taken over by the Saudi government, which owns 100% of the shares.

It is the world’s largest company by profit, producing more oil every day than any other manufacturer. Aramco offers black gold at the lowest price.

In 2012, the company was subjected to hacker attacks. This resulted in the company’s servers being down for more than a week. A significant part of the state’s population did not have access to the Internet.

JPMorgan Chase is one of the oldest and most legendary financial institutions in the world. This major bank has been operating in one form or another since 1799.

The financial institution owes its current size and scope to several key mergers, including two firms that gave the bank its current name. These were JP Morgan and Chase Manhattan.

At the time of its founding, the company was a manufacturer of chemicals, after which its charter was changed to offer banking services.

In 2005, Bank of America acquired a 9% stake in the bank. The European headquarters of China Construction Bank is based in Luxembourg. In 2015, CCB became a member of the London Stock Exchange.

When founded, the company was called the People’s Construction Bank of China. In 2004, the organization was established as a joint-stock commercial bank.

In 2018, a fully automated agency was launched, in which customer identification is performed using the face and voice recognition function. All bank operations are performed in virtual reality.