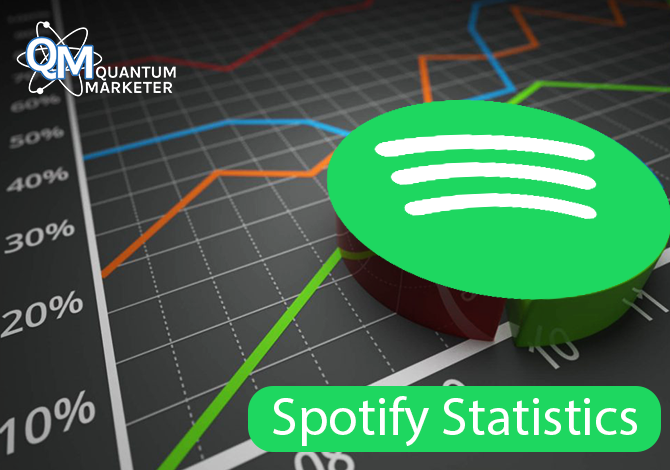 You probably already know that Spotify is one of the world’s biggest music streaming platforms when it comes to the sheer number of people subscribed to it.

People that use Spotify can create an account and register to have exclusive access to one of the biggest ever collections of music in the world, not to mention podcasts.

Just like most other music streaming platforms out there, Spotify comes with a free option, as well as the ability to upgrade as well.

With the free account, you will get a lower sound quality, as well as ads. You will also need to listen to your music through an Internet connection.

Spotify first got its start back in 2006 in Sweden, through a pair of friends that wanted to create a digital music platform in response to the growing issue of online music piracy that emerged in the early 2000s.

Spotify’s owners eventually convinced record labels to agree to share their music in return for a 20% stake. It was an instant hit, with Facebook partnering up with the music giant soon after.

Spotify officially went public in 2018, and on the first day of trading was valued at more than $26 billion.

However, Spotify isn’t without its controversies. It has drawn criticism from music artists, who complain that they don’t get enough in terms of royalties.

There have also been claims that Spotify is too democratized for the music industry, as it maintains somewhat of a monopoly.

Whether you think it’s fair or not, the days of physical music are long behind us, and Spotify dominates the way that we listen to music right now.

However, with rivals like Apple Music and Pandora seeking to gain market share, it definitely doesn’t have run of the market right now.

Let’s take a look at what we think are some interesting Spotify statistics.

According to Spotify statistics, in the first quarter of 2020, Spotify’s predictions are that its subscribers will increase to 289 – 299 million, and those that sign up to Spotify premium could increase to 133 – 138 million.

Spotify says that these numbers are deliberately on the conservative side of things because they are still trying to work things out with their podcast strategy.

They also made these predictions before COVID, which like many other businesses out there has put a bit of a spanner in the works.

However, there is cause for speculation that Spotify subscriptions will increase as people are forced to stay at home, concerts are canceled, and festivals are put on hold.

However, it could also mean that people have to compromise on their Spotify subscription as they have to plan out a new budget for the year that only accounts for the essentials.

The chart that you see below shows Spotify user growth from when they first started to 2018, marking the introduction of new features including the family payment plan, as well as Uber integration.

This means that users can now choose their own music when they get into an Uber.

Another feature to consider here is the yearly ‘Your Top Songs’ which means that every user gets a customized playlist of the songs that they listened to most throughout the previous year.

One more feature is called ‘Spotify Wrapped’ which shows you your favorite bands, genres, and how much time you’ve spent listening to both. In 2019, more than 60 million Spotify users made the most of this feature.

Around the world, Spotify is available in 79 markets. Europe is the biggest market for Spotify, followed by North America. Spotify says that their fastest growth right now is in the rest of the world, most notably Asia.

Spotify managed to gain more than two million subscribers in India within just two months back in 2019 when Spotify was first made available there.

The growth of Spotify in other areas of the world has been exponential, especially when you compare it to North America, which is a lot steadier. Interestingly, Europe has also seen a sharp increase in subscribers.

Spotify has been usurped by Apple Music in the U.S. as the biggest streaming platform in late 2018. At the time, both platforms said that they had roughly 20 million users.

In early 2019, it was said that Apple had managed to pull ahead, with more than 28 million users, compared to Spotify’s 26 million.

There aren’t more recent statistics available for Spotify, but eMarketer says that they predict Apple’s subscriber count is now at more than 33 million.

However, when you go outside of America, Spotify is the clear winner, with more than 100 million subscribers compared to Apple’s 60 million as of mid-2019.

However, it is suggested that Apple Music is growing at a slightly quicker rate than Spotify.

Spotify says that when it comes to the worldwide market, they have a 35% market share, compared to Apple’s 19%. Amazon Music has just 15%.

What’s interesting is that preferring one platform more than another doesn’t necessarily mean that you are completely loyal to it.

This is especially true when there are free trials offered, as well as other incentives that might entice people to temporarily jump ship.

Spotify is the most popular music streaming platform for those that are under 30. In fact, more than twice as many people under the age of 30 use Spotify as those that use Apple Music.

What’s even more interesting is that the next biggest age bracket who listens to Spotify are those over the age of 55.

As you can see in the graph above, Spotify has the most youthful user base out of the three most popular music streaming platforms, Pandora and Apple Music.

The above graphic also breaks down Spotify’s listeners by gender. According to these Spotify statistics, there are more males that listen to Spotify than there are females.

Over on Apple, there are more female listeners than male. Both are a bit more balanced over on Pandora.

Physical media is being outdone by music streaming services, but what about radio?

Spotify has a bigger reach than any radio station in the UK, as you can see from the graph below.

Spotify is officially the most listened to radio station in the UK.

When it comes to Spotify statistics, Spotify’s data usage between 2014 and 2017 the average listener increased their artist archive from 30 to 41 a week.

We don’t have a current update on this number, but at the end of 2019 Spotify did say that 60% of its users had looked up artists outside of their home country over the past month.

The number of hours that users listened to Spotify for increased as well – as much as 25%.

Back in 2016, it was conjectured that the average Spotify user listened to 148 minutes of music every day.

This figure could be seen as high, however if you think about some users putting music on in the background of whatever task they’re doing, it’s a lot more realistic.

Spotify is definitely in the lead in terms of user satisfaction, according to Spotify statistics. A Net Promoter Score of 66 was given to Spotify, and to compare Google Play Music got 60 and Pandora got 55.

An NPS score is how they measure how likely a customer is to recommend the service to someone else.

In terms of which device users prefer to listen to Spotify on, it’s clear that the mobile has dominated, when compared to the computer.

67% of users listen to Spotify on their phones, compared to just 39% on their computers.

With more than 50 million songs available on Spotify right now, this number is pretty significant – and it’s getting bigger every day.

In fact, more than 40,000 new tracks are added to Spotify on a daily basis. Additionally, Spotify boasts more than 700,000 podcasts.

However, what’s surprising about this stat is that it’s still not enough to give it the title of largest library. Amazon Music and Apple Music have more songs, coming in at 60 million.

Most Streamed on Spotify

As we mentioned above, Drake and Ed Sheeran are at the top of the list when it comes to most-streamed tracks.

Following closely behind are The Chainsmokers, Major Lazer, Justin Bieber, and Mike Posner.

It took eight whole years for one track on Spotify to get 1 billion streams, and ten years for 10 songs to reach this milestone. Since then, however, the billion club has only gotten bigger.

Most-Listened to Artists by Year

For many years when Spotify first became a thing, Ed Sheeran and Drake dominated the scene.

However, this monopoly was finally broken in 2019, when Post Malone took over. From here, you’ve got Billie Eilish and Ariana Grande also doing really well.

Spotify as a Soundtrack

Spotify listeners use Spotify to mark special occasions, a lot. In a single day, the most streamed song was ‘All I Want for Christmas is You’ by Mariah Carey, which got 12 million streams on Christmas Eve in 2019.

Playlists are an inherent part of how Spotify is listened to for users.

More than 4 billion playlists have been created on the popular streaming service, and as we mentioned above more than a third of Spotify’s listening time is devoted to playlists.

The Spotify algorithm is complex, so much so that users have commented on how scarily accurate it is.

Alternative and Mainstream Listening on Spotify

Research was done into how users’ tastes change as they get older.

It was discovered that when users are between the ages of 14 and 35, their music tastes deviate from what is known as mainstream and opt for more alternative tracks to listen to.

However, when they’re 42, they tend to veer back to more popular songs.

Spotify is considered, along with other popular streaming platforms like Netflix, to be one of the key influencers in changing how we consume culture.

Before Spotify and Netflix, we would purchase a specific album or movie to consume, which we would then keep for as long as we liked.

Music has suffered greatly as people have moved away from the physical aspect of it. This is why Spotify is both a great and not-so-great thing.

This is because smaller artists can no longer rely on being able to sell tickets to gigs to get their music out there, and they can’t expect to make a lot of money from their music being on Spotify.

The fact that Spotify has tried to reduce the amount it has to pay artists for the privilege of showcasing their music is concerning, especially if you are an up-and-coming artist.

The key to the future of music will be in seeing how Spotify learns to work together with the music industry.

The other thing to watch for is what Apple Music does in order to beat Spotify and get ahead in the race.

Hopefully, you have a much better idea of Spotify now, and what you can expect from the popular music stream platform in the future. 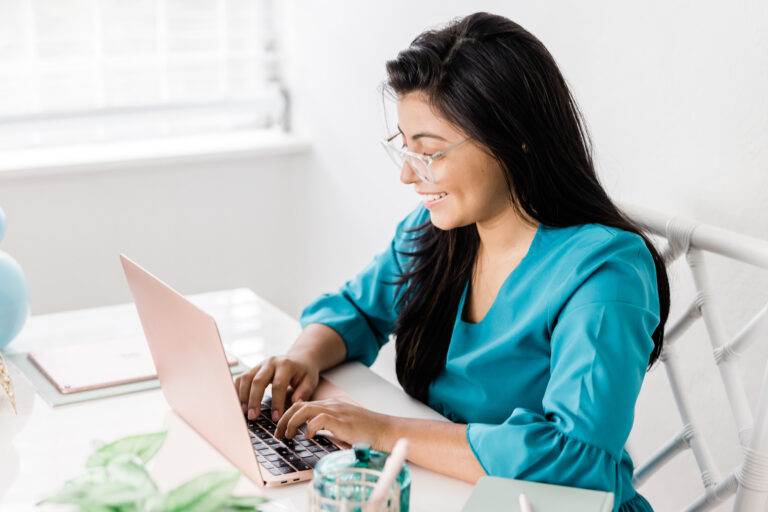 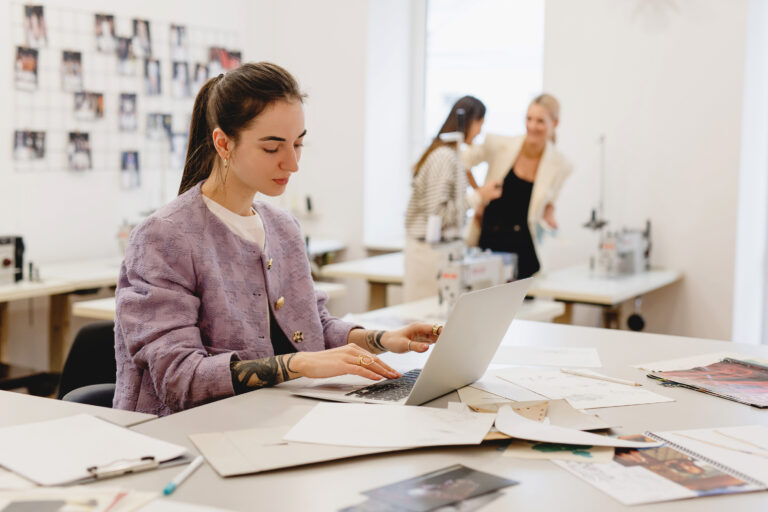 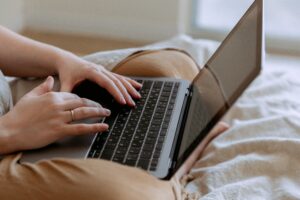 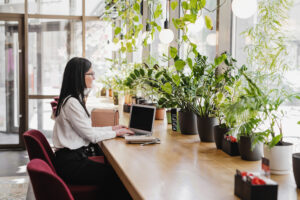