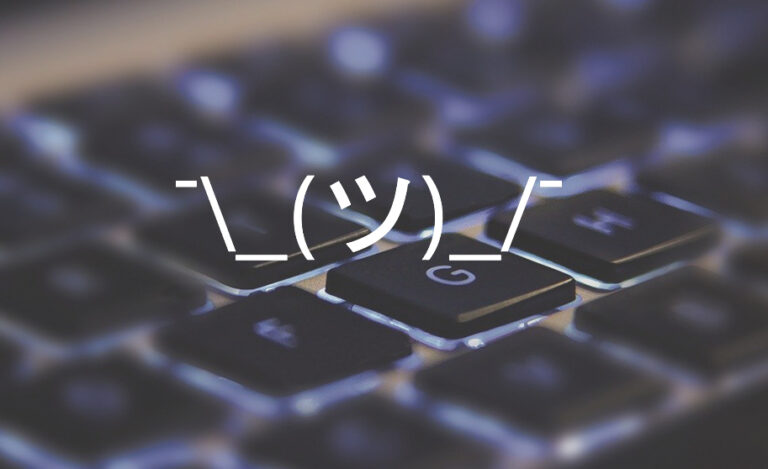 Some things are universal and transcend all languages, like a hug – or a shrug. When you use a shrug emoji or type one out, you’re usually trying to communicate that you don’t know something or that you’re indifferent to it. We all know what a shrug is and use it in daily life, which is why there is now a shrug emoji.

Just like with most things that are now popular on the internet, the shrug emoji started out small but quickly went viral. Interestingly, the shrug emoji didn’t get its start in English. In fact, it came out of Japan, where it is known as a ‘face mark.’ It uses characters that you can find in the katana alphabet.

So, what/who took it from Japanese internet slang to superstardom? Kanye West, of all people. Remember when he made an idiot of himself shutting down Taylor Swift at the VMA’s in 2010? When he was explaining his argument for why Beyonce should have won instead, he shrugged his shoulders and put his arms out.

Travis Porter was the one to translate this real-life gesture for the internet, and as you can imagine, it caught on quick. Before everyone was able to recover from Kanye’s speech, it started to turn up in StarCraft 2 as a symbol of victory. By 2011, it was being used in YouTube videos to represent indifference or apathy.

Fast forward to 2019, and the shrug emoji is still going strong. From using it in a blog to sending it to someone in a message, the shrug emoji carries a lot of weight and relevance still when it comes to the internet.

How to Type it in One Second

So, while we have the Kanye West urban legend that holds a bit of water, there’s no way of actually knowing where the shrug emoji first originated. Of course, we’ve all shrugged our shoulders at some point in our lives, as everyone else has been doing for centuries, so it’s nothing new. But translating it to be incorporated into virtual language gives us another way of expressing how we feel online.

With this in mind, how do you type it in less than a second, then? Well, the answer could be considered a bit of a cheat – but it works. You simply copy and paste it. If you use the shrug emoji a lot on your smartphone, you may be able to incorporate it into your autocorrect, so you don’t even have to do this when you want to use it.

Obviously, copying and pasting it is the easiest way. However, the downside to doing things the easy way is that you’ll need access to the source every time. This means that it could end up getting pretty impractical. So, while copying and pasting it is a great option if you want to use it occasionally, we recommend checking out other ways to type the shrug emoji if you’re going to be using it more often. 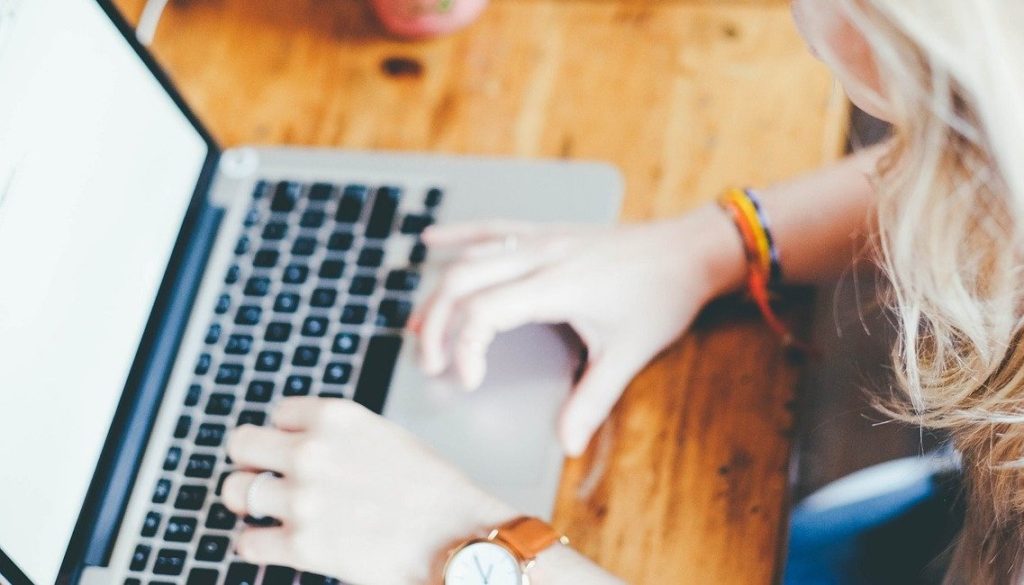 This is when that autocorrect feature comes in handy. You should have this function on all of your different devices, and the best part is that you can customize it so that every time you go to type it yourself, it autocorrects and produces it for you.

You may already realize this, but MS Windows does not come with the autocorrect feature. If you want to use the shrug emoji on Windows regularly, you may want to download an app that can help you create a shortcut.

Through Your Android Device

To set up the autocorrect feature on Android, follow the steps below:

When choosing the word you want it to represent, make sure that it’s something you can remember easily.

Let’s take a look at how to set up your shrug emoji feature on a Mac – it’s pretty similar to doing it on an iPhone:

You’ll probably already know that with Apple products, you can sync all of your devices. This means that if you have already done it on your Mac, you should be able to translate this info onto your iPhone. However, let’s check out how to do it on an iPhone anyway:

Like we mentioned above, there is also the option of downloading an app that can create the emoji through autocorrect without you having to change any settings. However, remember that if you do download an app, you risk things like privacy and security.

Can I Choose Any Word to Represent the Shrug Emoji?

Yes – you can choose whatever word you think is going to best suit what it represents. However, we still recommend choosing a word that is closely related to it and something that you’re not going to forget easily. This is just a good way of making sure that you don’t get stuck when you want to send it. Choose the word that you think of when you use it, whatever that word may be.

Can I Send the Info from iPhone to Mac?

If you’re connected to the Apple cloud, you should be able to set it up so that you also change your settings on your Mac as well as your iPhone. However, there are some settings out there that are exclusive to each device, so you may want to double-check that you’ve been able to sync it successfully. If you haven’t been able to, you can easily follow our step by step guide above so that you have a shortcut for it on both your Mac and iPhone.

What if I Forget the Shortcut Word?

Don’t worry – if you forget the shortcut word, you can still send the shrug emoji to your friends. You will need to take a look at our instructions above again, though, and go into your settings where you have the option to view the existing word or change it. If you can’t seem to remember the word that you chose, then perhaps it’s worth changing it to something that’s going to come to mind a little easier.

A History of the Emoji

So, what came before emojis, then? Written language? And before then, spoken language? Hold on – there was something that helped translate written language into internet-speak. We didn’t just jump straight from real-life conversation to the sophisticated emojis you see today.

In fact, in the beginning, there was the emoticon. Emoticons were fan favorites and could be found peppered among forums and chatroom conversations in the 1990s. These primitive, crude representations of human emotion were a valuable gateway into what we see as today’s internet language.

From being able to inject sarcasm into your sentence using 😉 to using the shrug emoticon to show your indifference, they were an important part of the dawning of the internet age. They helped us learn how to communicate through the keyboard, and how to say the things we really felt.

Japan dominated the beginning of the internet language – not only did they spearhead the shrug emoji movement, but they were also responsible for creating the first emoticons that you and your friends would have passed around on Myspace and MSN.

Fast forward to the early 2000s, and companies like Apple saw the value in Japanese emoticons and began to think about how they could be incorporated into their software. A nonprofit group worked closely with them to create a normalized text standard across all computers, which is what you take advantage of every day. If it weren’t for them, who knows how primitive the emoji would still be, and how frustrated you would be at not being able to communicate your true feelings.

If you’re someone who finds themselves in many different situations where you wish you had the shrug emoji on tap, then this step by step guide is for you. As you can see, there are many different ways that you can make sure you’ve got it handy at all times, so you never miss an opportunity to do a Kanye and communicate your indifference or apathy about something.