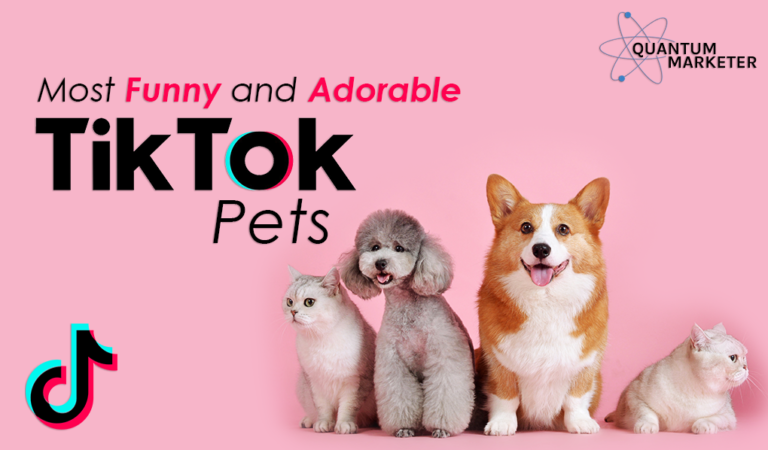 TikTok is quickly emerging as one of the best, newest social media sharing platforms. They have a lot to offer, with a unique spin that’s original enough to bring people over from other social media sites.

It’s the newest social app that is taking the younger generation by storm, and we only see bright things in its future as it goes up against other popular channels, like Instagram and Facebook.

If you’re looking for a new platform to discover your favorite pet content, then jump on the TikTok bandwagon and check it out.

Let’s take a look at the funniest and most adorable TikTok pets out there right now.

This adorable little cute fox also happens to be somebody’s pet, and this is certainly enough for us to get super excited about seeing it every day on TikTok.

This North American red fox was born in captivity, and because she is genetically different from her fox counterparts, she won’t be able to be set free at any point. She is now living a happy life with her adopted family, who make sure that she gets more than enough attention online as well.

If a cat being cute wasn’t enough for you, you need to check out perhaps one of the cutest cats that are currently on the internet. Smoothie, the cat, lives in the Netherlands with her owner Arvid, and she currently has millions of Instagram followers.

She also has a brother called Milkshake, and together they are one of the most popular pet duos on TikTok right now.

They say that dog is man’s best friend, and this couldn’t be truer of Doug the Pug and his owner. He is considered a celebrity among pets, and currently has over 13 million followers on all his socials. Naturally, he has made the shift to TikTok and has wasted no time in amassing a substantial following over there as well.

If you like it when people dress their pets up as real-life characters of movie stars, then you’re going to like the look of Crusoe. This nine-year-old Dachshund has carved out a place for himself through putting on outrageous, creative costumes, and has even gone viral at times as a result. He has over a billion TikTok video views in total and currently has over 700k TikTok followers.

Sometimes, nature takes its course, and it works out to our advantage. A great example of this is the next pet on our list, Venus, the Two-Faced Cat. This beautifully unique feline is one of the rarest cats out there, with half of her face covered in black fur, while the other is covered in ginger fur. She also has one green eye and one blue. Currently, she has over 1 million followers on TikTok and has enough originality to hold her place for a while.

Being disabled certainly isn’t a barrier to success, which is what the next pet on our list is demonstrating. TurboRoo, who was born without his two front limbs, has quickly adapted to life by using little wheels that were 3D printed, especially for him. Needless to say, he has blown up on social media channels, including, of course, TikTok. This teeny-tiny little dog currently has almost 2 million TikTok followers.

Don’t worry – Maya Polar Bear isn’t actually a real polar bear. This Samoyed breed of dog has beautiful, silky fur that closely resembles a polar bear, and her soft, white fur has certainly attracted a lot of attention online. She now has over 2.8 million TikTok followers and is considered one of the sweetest, most adorable TikTok pet stars right now.

If you thought that swag is reserved just for people – think again. Swaggy Wolfdog is a husky, and he has wasted no time in amassing a huge following online for his funky dress ups, and all of the different styles of glasses that he is seen wearing. He currently has over 3 million TikTok followers and has been able to collaborate with other celebrity pets.

Tucker is an underrated, super relaxed golden retriever who thinks that life is all about taking it easy. He loves to play and eat a lot, and as a result, he has gained quite the following online. His charismatic temperament has earned him over 3 million TikTok followers, and over 1 million YouTube subscribers.

Hands down, one of the most popular TikTok pet stars right now is Jiff Pom. This sweet, tiny little Pomeranian dog is also known for something else – being able to run faster than any other dog. He actually holds a Guinness World Record for how fast he can run. He currently has over 19 million real TikTok followers, making him one of the most trending, in-demand pet stars on the popular social media sharing app.