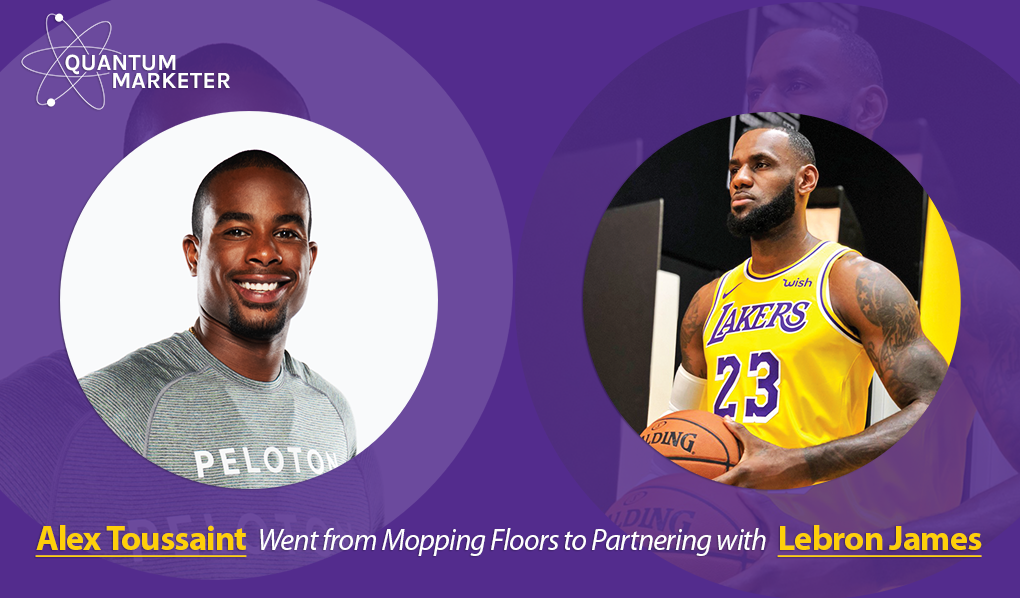 Alex Toussaint, a favorite fitness instructor on Instagram, used to mop floors at a cycling studio in New York. He always knew that he wanted to be a fitness instructor, so he paid attention to what the personal trainers were doing while he mopped floors and completed other maintenance work.

It wasn’t until another trainer encouraged Toussaint to talk to their employer about trying out as an instructor did things begin to change. Once the company agreed, he earned a spot teaching classes in New York, which eventually led to an opportunity in Dubai, where he was at the helm of launching his employer’s Burj Views Studio.

Things only looked up from here. In 2016, he was asked by a competitor of Flywheel, Peloton, who hired him to be an instructor for their new cycling class that was broadcast to people working out at home. He says that he was teaching as many as 25 classes a week. Peloton told him that he could cut this down if he scaled it.

Since reaching thousands of users through his new parent company, he has gained an impressive online presence through Instagram, and he now has 105,000 followers. To put this into perspective, two years ago, he just had 19,000.

Toussaint not only now works out twice a day, but he makes the most of his current following on Instagram to collaborate with brands and promote Peloton. He even just signed a deal with Lebron James’ sports nutrition company, which is called Ladder, so that he can promote their supplement products.

Rather than getting caught up in paid-per-posts, Toussaint prefers to nurture on-going relationships with the people he works with so that he can foster long term partnerships and keep promoting products that he believes in.