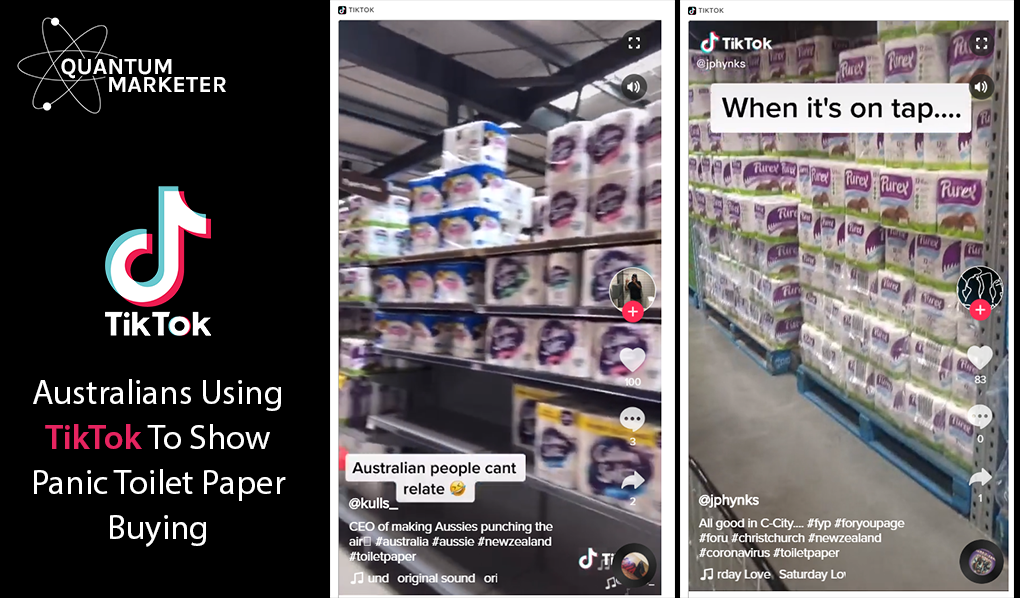 The novel coronavirus has caused many people to resort to a state of panic, with one consequence being panic-buying. In fact, it’s so prevalent at this point that it’s become a popular meme on social media, as young TikTok users in Australia turn to the social media sharing platform to mock those who are stripping supermarkets of toilet paper stock.

Woolworths just last week said that it would be rationing toilet paper after people began to panic-buy it and stockpile supplies, causing the stock to run out quickly.

On TikTok, this movement has been nicknamed the #toiletpaperapocalypse, which has inspired many people to create content around this bizarre behavior. One video, with ‘It’s Corona Time’ playing in the background, shows dozens of people running towards shelves of freshly stocked toilet paper. It has been viewed more than 70,000 times.

Another video has been made by a young Woolworths worker, who talks about all the things that they have run out of due to the coronavirus induced panic. His video has over 100,000 likes. Woolworths has said that it is working hard to replenish stock, as more and more people follow suit.

Another TikTok user captioned a more serious disagreement and uploaded it to the popular social media network. Two women who were shopping at a Coles in Melbourne got into a fight over what was apparently the last packet of toilet rolls they had available.

One woman who has five packets of toilet paper in her trolley, argues that she was there first, while they both grab at the last package. Other shoppers get involved and pull her away before she leaves on her own accord, clearly frustrated.

The New South Wales police are asking people not to panic when they go out shopping, as there is no need for it.