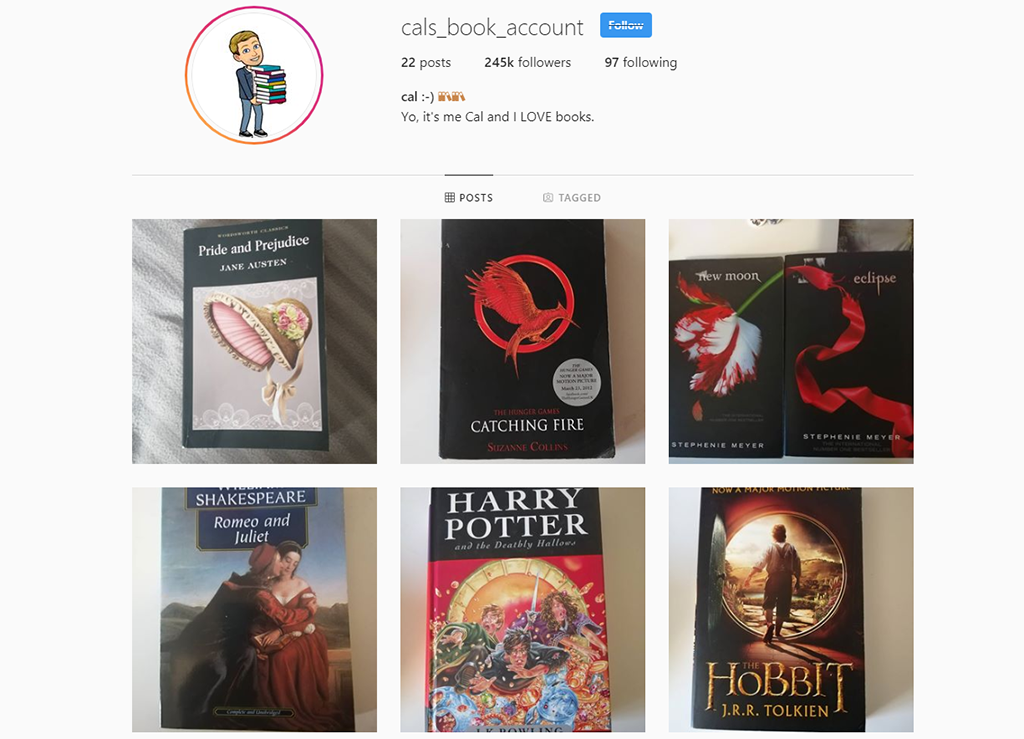 A 13-year-old boy has been taunted and bullied for his book reviews on Instagram, and top authors have come to his defense. Callum Manning from South Shields, started an Instagram account just last week to share his thoughts on some of his favorite books.

However, he was left heartbroken when teens from his school started to bully him and mock the reviews he had written in a group chat.

After his sister exposed the bullies and tweeted about it, Callum received lots of supportive, positive messages, including thoughts of kindness from some bestselling authors, including Malorie Blackman and Matt Haig.

Callum’s sister, Ellis Landreth, said that she had hoped that some of her friends would go and like her brothers’ posts, but since she put the tweet up, thousands of people had left positive messages on her tweet, and Callums Instagram page had grown from 39 people to 147k.

Callum says that people saw what was happening, and didn’t think it was right. He feels comforted knowing that there are still people in the world willing to stand up to bullies like this.

Allegedly, some of the people in the group chat called Callum a ‘sad weirdo’ because of his passion for reading and books, which he could see, but couldn’t respond to because he was blocked. Callum has so far reviewed books by George Orwell and Jane Austen, as well as some of the Harry Potter series.

Caroline Kepnes, whose book ‘You’ had been reviewed by Callum on his page, sent him a text message after contacting his sister through Twitter. Callum said that he was a little bit nervous because he was such a huge fan, but thought it was really cool. His mother, Carla Landreth, is overwhelmed by the well-wishes and has seen a change in her son’s confidence since.