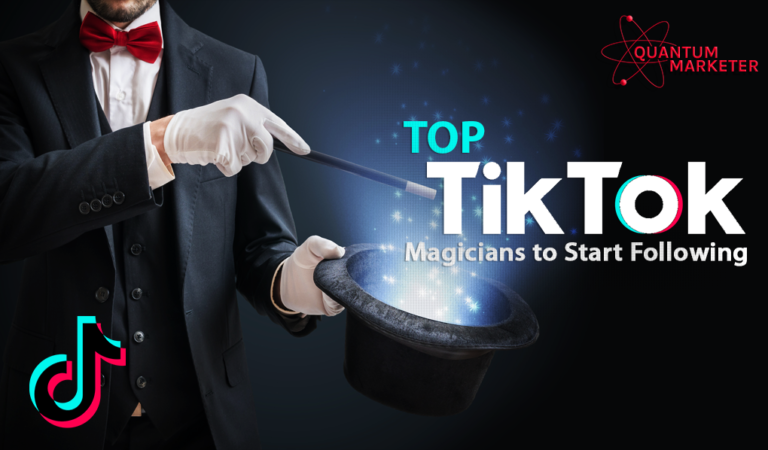 We’re all familiar with the popular social media sharing platform TikTok by now. It has taken the younger generation by storm, as more and more people aspire to be the next big thing when it comes to TikTok influencers.

There is a lot of opportunity out there, and the beauty of it is that there are many different niches to explore, too. One of these niches is magic, and as a result, there are multiple magicians on TikTok attempting to make a name for themselves.

Let’s check out the top 11 TikTok magicians that you need to start following right now.

This guy is from New York in America, and he has been a magician for more than 20 years. He is known as being a close-up magician and is even in charge of demonstrating for every magic company in Manhattan. He has worked on TV shows and now has an impressive TikTok following, with over 200k followers.

This international illusionist is also an escapologist and comes from Norway. His magician name is Lord Christian, and he began his career back in 2012. He has been featured on TV in Norway, and he has even taken part in various talent shows. He currently has over 80 million views on YouTube and 200k followers on TikTok.

Patrick Kun is one of the most popular sleight of hand magicians on TikTok right now. He is from Thailand, and he is known in particular for his elegant performance style, which draws a lot of people in. He has incredibly appealing magic videos, which helps explain why he has over 400k followers on TikTok.

The next magician on our list is popular not only as a magician but as an influencer, author, and even mentalist. He is from Poland, and he has been on talent shows with his unique set of skills. He now performs magic around the world and has over 400k followers on TikTok.

Jackson Aces is one of the best mind readers and magicians on TikTok right now, and he comes from Downunder in Sydney, Australia. He started doing magic when he was just 12 when his mom purchased him a deck of cards for his birthday. He is now known for his amazing card tricks and has over 1.5 million followers on TikTok.

Sean might be just 17 years old, but he is already showing a lot of promise as a popular magician on TikTok. He is well known for his illusions and card tricks and has been practicing magic since he was just six. He does interactive and humorous magic tricks that are always crowdpleasers. He currently has 1.7 million followers on TikTok.

Wian Magic is an underrated magician from a small town in South Africa, and he has been on numerous talent shows to show off his unique set of skills. He now performs magic around the world and has even worked for some of the biggest companies, like Cocoa-Cola and BMW. He is known for his comedic magic performances and currently has 1.8 million TikTok followers.

Magic Singh, or Amardeep Singh Dhanjal, is from London in the United Kingdom and is well known for his magic card tricks. He started practicing magic when he was just nine years old after his parents gave him a pack of cards, and he has been popular for this ever since. He currently has over 1.8 million followers on TikTok.

Evan, the Card Guy, is a 20-year-old magician from the United States. He has grown quickly on TikTok for his popular illusions and short magic tricks. He got his start when he was just 12 and has since wowed the world with his unique and creative approach to magic. He currently has over 4 million TikTok followers.

Everyone that is on TikTok knows who Zach King is, even if they’re not into magic. This is because he is by far one of the most popular TikTokkers, and doesn’t just create magic trick videos – he uses his editing skills to make everything he does amazing to watch. He currently has as many as 25 million followers on TikTok.